There is a date that rhymes with night

On my island, we call da mörkin, it signifies the darkness.

It is when night outweighs daylight so much our sun dares not elevate itself so shamelessly. And by the time we reach Yule, the Winter Solstice, it will just peep out by just a few degrees at its zenith. It will turn so lazy, it will just reach that “magic 5 degrees” and then returns to hide by ten to three.

Nonetheless, we now know we are on a high cliff face that will gradually hoist us back to light. This  word, da mörkin, derives from its Norwegian root, mørke. Like our  neighbours from the deep fjords, we light candles (though we do celebrate St Lucy’s) inside our homes and toast to Yule. A time of merriment around tables, trees and loved ones (for the most fortunates).

This year, I have adorned my home a little bit early to make sure I would be ready for Jul, Yule and aa.

With that cosmic slide into da mörkin, December deserves scents and lights, music away from gales, high tides hail stones and skelping rain that falls horizontal.

So I adorned my home with holly and pine cones to welcome Yule. Angels protect my home until Barbara and Conor decide to slip away from our shores. Like my good friends from the great fjords, I will celebrate on the 24th, with a good friend from Burra. And then repeat that Yuletide feast on the 25th in the comfort of my home, as my friend will join me in the afternoon… We shall sample a few goodies so seasonal and hope for both a little clemence from the sky. I know my Norskie friends will taste the same, as what they named Julestorm affect them too.We share that northern hellery after all… Just 24 hours delay between us.

my very best wishes for a peaceful festive season, less terror from a sickened world – light to those who need it most. Everyday I light candles to remember that darkness can be vainquished – that there is light at the end of tunnels.

a piece for Jul, Yule an aa

In English, it notably translates:

Happy Yuletide from me to you,

I am dreaming of your land,

your cast iron stove at the farm, print from the red deer in the snow –

the small owl and the blackbird at dawn, frozen apple from

Happy Yuletide to you all from

where the storm sounds so bad and vile, and

With all my love from this

In between time, tides, meridians…

2014 had its magic moments – new friends, projects, travels, publications… Holding my breath when it mattered, smiled at the world without restraint, burnt my fingers, ego & pride…

Now my heart’s reconciled with each moment, I celebrate then & now.

Than YOU for being a part of it, wherever you are,
thank YOU for
your
kind eyes,
support and
help in any way
along this
path.

As we prepare for the next stretch, let me wish you the very best –
may 2015 fill your eyes & hearts with smiles, health, joys, happiness beyond desires.
Let it guide you towards success.

I love that word that means the world of boundless beauty inside out:

Night overrides shafts from a sun that barely dares getting aloft…
A few degrees’ elevation to be precise. 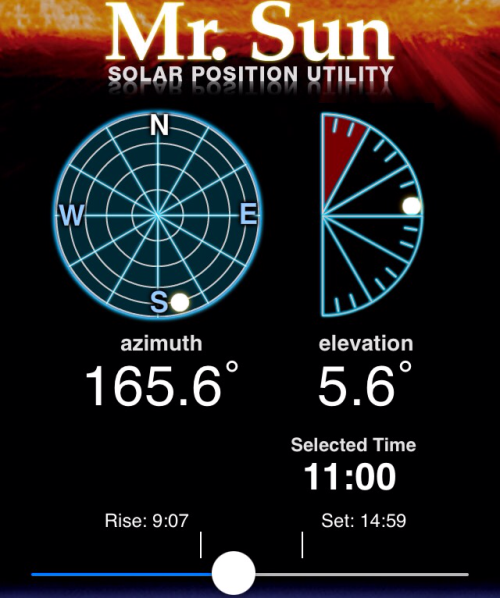 In other words, light from our great celestial star becomes precious.
Shortest day, longest
night,
as
sun eyes
directly into tropic of
Capricorn.

What
does it
mean to islanders
inside a storm?

Candle-lit world, cinnamon scented sanctuary as darkness creeps earlier than thought…
Time to
open tokens of love, and
reconvene with a few friends – enjoy the magic of powder propelled & sparked to light us up for a moment. Live music shared in between hail and rain showers… Then a hot drink before retracing our own steps. 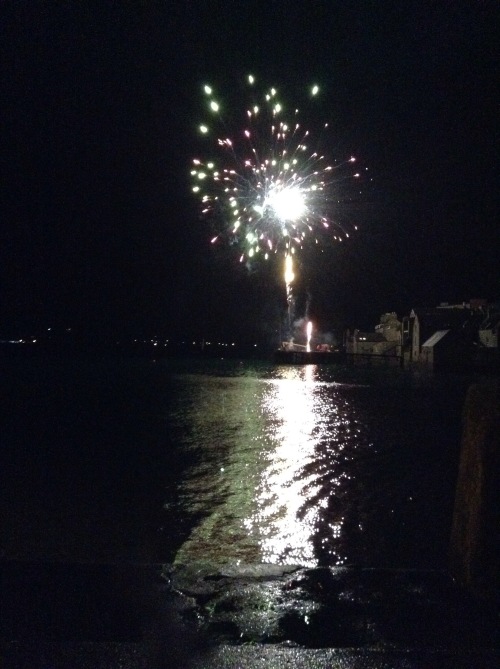 Time to regain precious seconds and gaze at return of the sun.

Have a wonderful Yule, festive season, Solstice Day, whatever side of the Equator 🙂

There is a first for everything.

Mood from our Earth, as sun gradually eyes the tropic of the Capricorn, we find ourselves in sometimes ruffling darkness. That’s when we start to light candles, ask Uriel for protection, stock in anticipation for leaner days, welcome winter & Mother Earth inside our homes – gather with friends for a moment.

We also provide for our friends, storm survivors in the garden.

That’s when the island turns a whiteworld, even for a fraction of sandgrain in a timer… It suddenly brightens your heart. You want to rush in the garden, and adorn trees with suet balls, nail an apple onto the edge of a compost bin – mere offerings that makes you feel part of your world. In between spells of frozen rain, hail and snowflakes, blue reappears. The last great storm that broke havoc to the dwellers of the island with hail, lightning and thunder hell, was swept by gales somewhere outward. 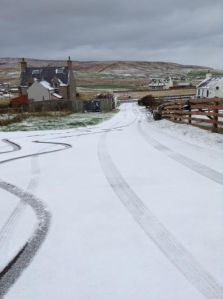 Instead of beads, magic crystals. 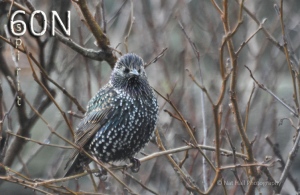 I fell in love with theatre at the very tender age of 12, at a time of searching… Theatre is a fabulous discipline within the world of expressive, performing arts. It has the power to get you out of your shell (or carapace, according to armour thickness!) and it teaches you a myriad of life skills. It is a lifelong craft that each of us develop in our own ways. It has the magic of unveiling a kaleidoscope of emotions, which we learn to harness as we journey through life, the wider stage 🙂

And if 2013 began with unchartered territory, mobile theatre, thanks to friend & playwright Jacqui Clark, who invited me to take the extra mile with Ignition, the year ended with a very similar experience – pantomime, thanks to friend & Mrs Theatre in Shetland, Izzy Swanson.

Although I have spent over thirty years learning to tread the boards from both sides of La Manche & half my life bathing inside British culture (my teaching time at The BRIT School for the Performing Arts included) the tradition of panto was totally alien to me till last Yuletide, when my peerie South African sister took me to see one at The Swan Theatre in High Wycombe. The child within laughed & applauded so shamelessly & heartedly.
When Izzy tailored me a part for Aladdin, this year’s major Shetland production, I embraced this brand new adventure! I was warned of a huge commitment till the winter solstice, but what a voyage – fabulous human adventure! Hours of rehearsals, friendships woven from unknown threads, sealed both on and backstage. The joy to forget it all once we slip inside our characters… “Belonging to a Director on the pain of death”

Open Door Drama did not only welcome me with open arms, but allowed me to start flourishing among the group. 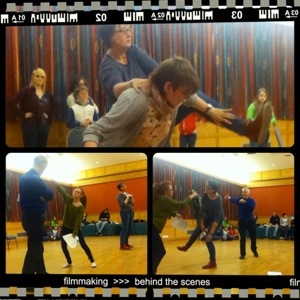 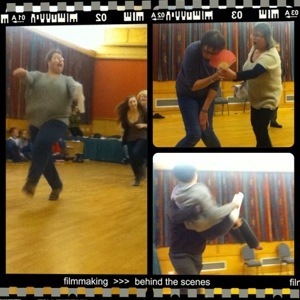 Pantomime is outrageous; it pushes you to (and beyond!) your (more or less) known limits. It is a form of theatre that incorporates music, a chorus line, under the joint musical direction of Jane McLaren & Norman Wilmore, into acting – it makes you do just about anything! It is fun above all 🙂
And when we stepped inside Lerwick’s Garrison Theatre, it took a whole new dimension. From the scheduled tech rehearsals in early December till the performance run (9-21/12) we invested the dressing rooms & metamorphosed for the audience’s pleasure, as well as our own as a troupe.

And who did we turn into every night? Hmmm, here are some of us 🙂 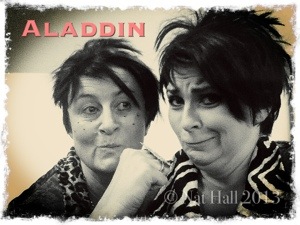 their own Imperial Standard, as The Lord High Chamberlain 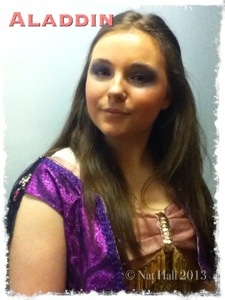 Spirit of The Ring

Bish, Bash & Bosh (from right to left) the Imperial Guards

Genie (of the Lamp) 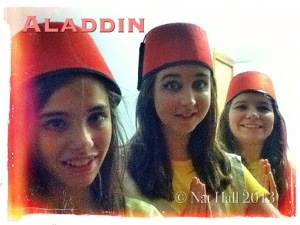 our Three Geezers
and

the interpreter, pictured here with The Empress…

As part of the anecdote, have never ended up my final repartie with a raspberry to so many good folk in my life (before!) – but it was part of the panto, and what a scream!
Treasured memories forever tattooed in my heart. The afterwards’ party & Award Ceremony remain private among cast, supportive crew and Directors… Within the four walls of the Garrison Theatre, that is ;0)

Thank you, everyone – troupe & wonderful audience, you know who You are 🙂

May you all reign & shine for a thousand years 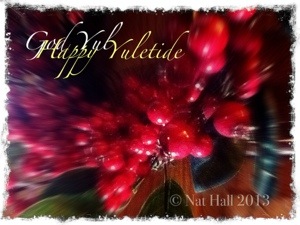 Our Nordic sun might have peaked at 6 and a bit degrees’ elevation on the day of the longest night, tis the season to be merry!

Yule, also known as Midwinter, Mother’s Night or Winter Rite, is that moment of blackness, crowned by candles & cinnamon scents around many homes, including my own 🙂

Tis also the moment to exchange a present, as well as to embrace the hope for the return of the sun.
Since my South African gang is reunited with Austral summer, I opened my peerie sister’s gift today, knowing she opened hers before she flew off to Gauteng. We are bound by love & spirit.

Here,
a peerie string of micropoetry for your pleasure 🙂

Mother’s Night –
dreamer of
light,
clad inside lace,
whatever crescent of the moon.

Oh, and the rainbow flag will fly on 25 December fae Shetland, since have just been invited to spend the day with my South African friend Paula & Magnie at Girlsta 🙂 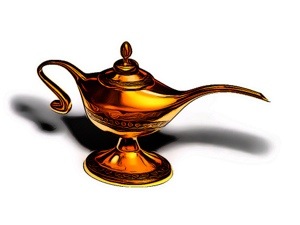 The madness of Aladdin has kicked off with flair, bangs and style at Lerwick’s Garrison Theatre.
Already, Shetland News was seduced by the show.
Here, its very first review. Enjoy 🙂

We shall aim to flare up & fuel the tale till 21 December. Fabulous fun.
A full blog entry with insight photos will follow. Meantime, I must get ready for tonight’s performance 😉

Discover the world of birds at BirdNation!

Favour the hand which pens the verses - within it's span are universes!

the texture of my life

Life through the eyes of a female with Aspergers

Poems, and Wee Bundles of Words by Jim C. Mackintosh

About fantastical places and other stuff