There is a time when poetics demands music and words to whirl in a shared space. It has happened before and is happening again. Collaboration with Carol Jamieson fae Tresta is flourishing with flair and grace. Already, we have united to offer verse with piano during chosen sessions at Fjara Café-Bar just off Breiwick at Sea Road.

Now, we have taken it a step further. Carol is composing and recording her own music, mixing it to my recorded spoken verse. A first piece, entitled Light in Darkness has emerged. It is beautiful. More will be following. Already, the Poet is thrilled with the Pianist’s work.

visitors – little did I know it would mean “home” 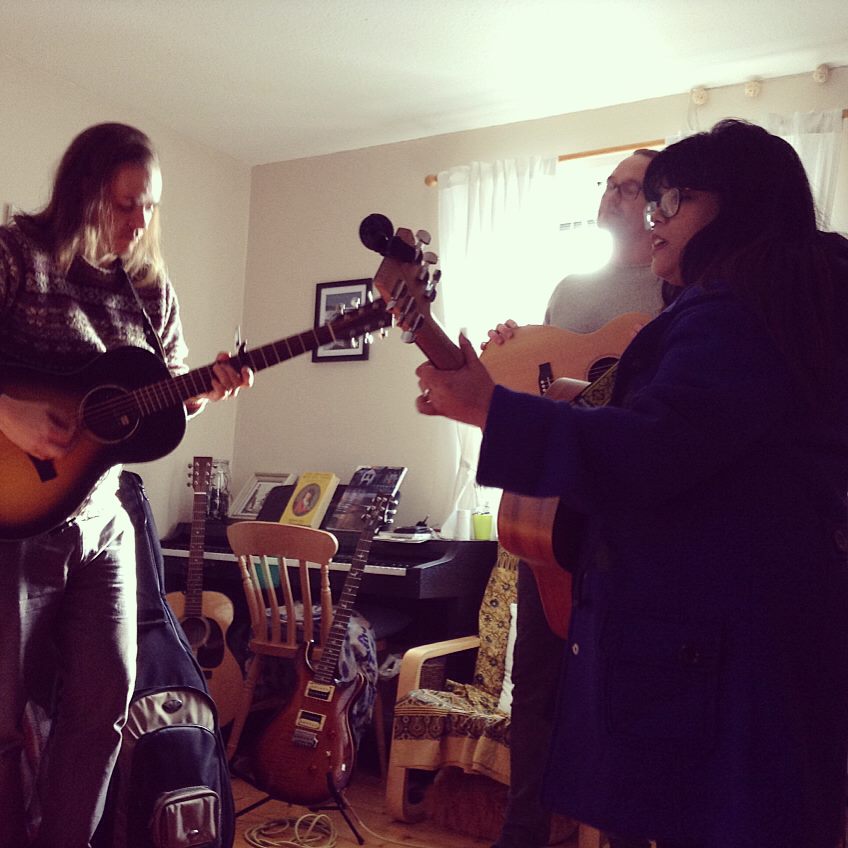 “Nat, I challenge you to a short poem…” I still remember Chris’ words one fine evening at the Mareel Café in Lerwick during one memorable Open Mic’ Night in 2016.

At the time, little did I know those words would generate such a fabulous collaboration with Visitors – a trio of very talented singer/songwriters based in Shetland (till band member Chris Grant left last autumn for his Glasgow homeground with a mix bag of excitement and sadness…).

To the poet, writing for a band feels playful and self-indulgent.

Whilst band member Chris Grant has known my writing from 2012 through the National Theatre of Scotland’s Ignition project, fellow members Cha Johnson and Andy Kinnear have been exposed to my poetical world from the Shetland Open Mic Night sessions. When it came to their project as a band, they had some of my spoken words in mind for the purpose of one song when the opportunity arose. Whilst they were assembling an EP later named after the final lines of my short poem, I quickly scribbled a very short piece recollecting my “first time” as a then visitor to 60N. This recollection never left my heart and mind, so magical and powerful this very first experience felt, and became imprinted in my heart forever.

This I translated into words,

submitted to Chris, who immediately related to the piece. Perfect was his response. And left it like this, until he recorded me in a tiny office on his last day at work.

Although I had no idea of what was really happening, I later received words from Chris explaining me about Visitors’ plans and project. A bigger picture began to shape in my head. With Chris in Glasgow, I left the spoken word in good hands. Meanwhile, Shetland Times journalist and singer/songwriter Adam Guest penned an article in the islands’ weekly. More light on Visitors‘ work!

An EP to be launched in Shetland

So little did I know Visitors would launch their work at this year’s Shetland Folk Festival in South Nesting. News filtered gradually via all three members earlier this spring. I still remember Cha’s lovely words- both at Gutters’ Gaet and Andy’s… We all turned more excited about such launch! From Cha’s messages to the rehearsals at Islesburgh and Clairmont Place, I discovered the entire EP, tasted fabulous slices of life (as well as Andy’s newly improved home made chilli con carne!) in fabulous company; a wild ride in Andy’s car to listen to the CD newly arrived in his lair, and reconvened with Chris and Roo. 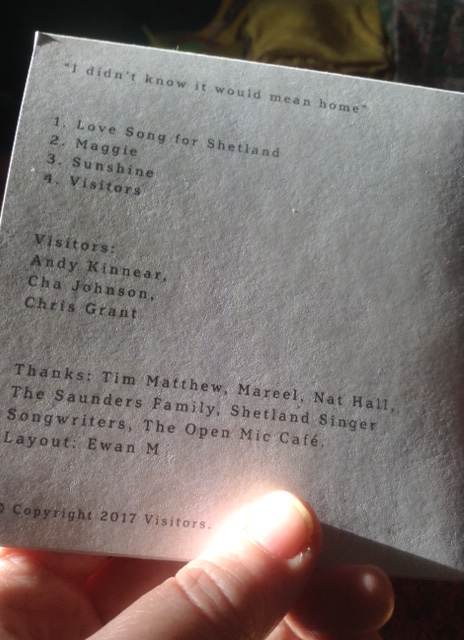 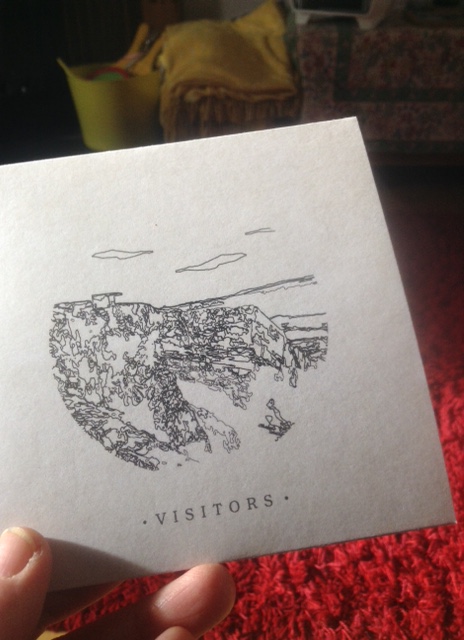 Whilst Visitors had already invested the South Nesting Public Hall for the indispensable sound check, I joined in with the audience. Familiar and other faces lined up against the wall, ticket in hand. The air was crisp in a dry though overcast world… I left the comfort of my peerie buggy as soon as I saw my trio of artistes emerging from the building. Reunited on the night for the gig! Hugs, smiles and kind words filled our hearts. 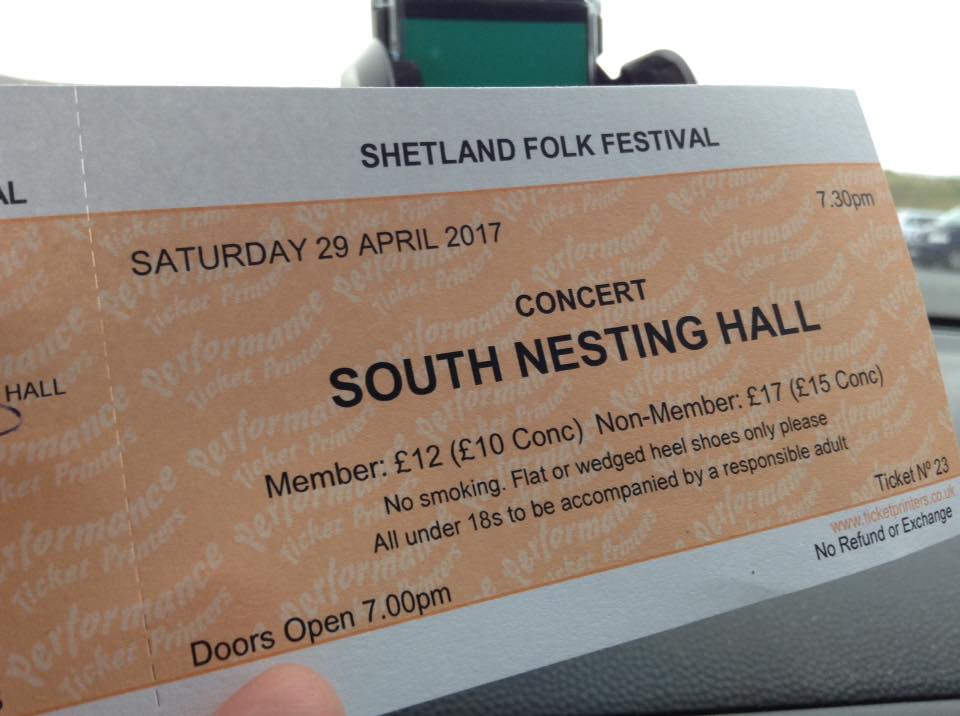 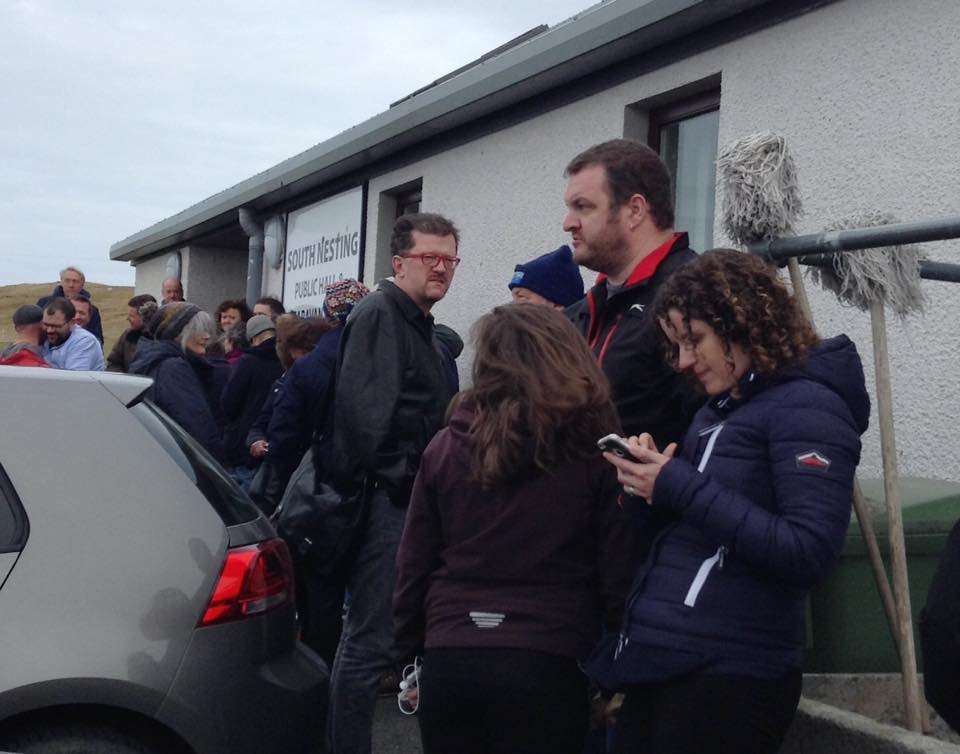 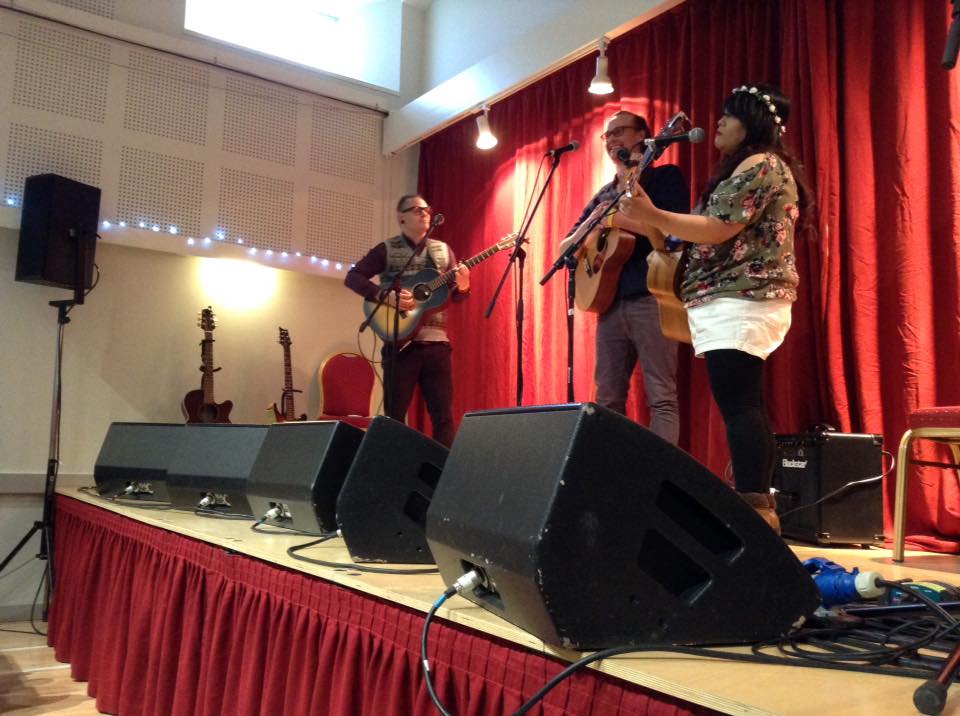 Visitors live on stage, 29 April 2017 at the South Nesting Hall for the launch of the EP at the Shetland Folk Festival 2017.

And Chris invited me on stage to close the act, whilst reading those words I once scribbled about “little did I know this would mean home”. The act well, very well received by the audience on this fun night of performance. Maggie already released in iTunes. The rest of the EP to follow in the great digital constellation of the apple. 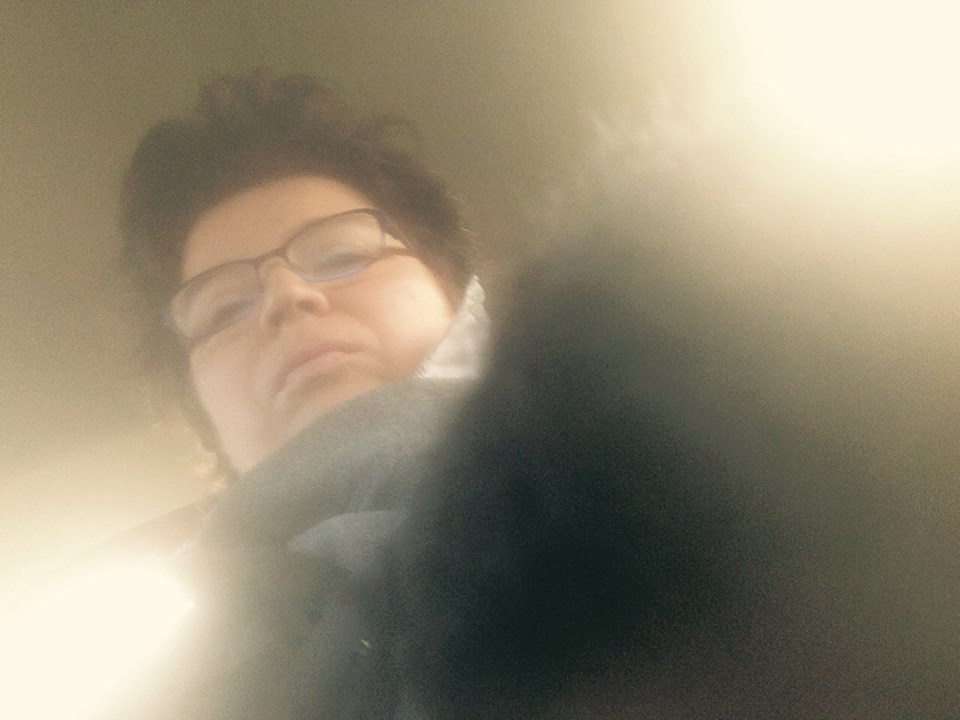 Happy poet, humble and thanking you, dear Visitors for such an epic adventure 🙂 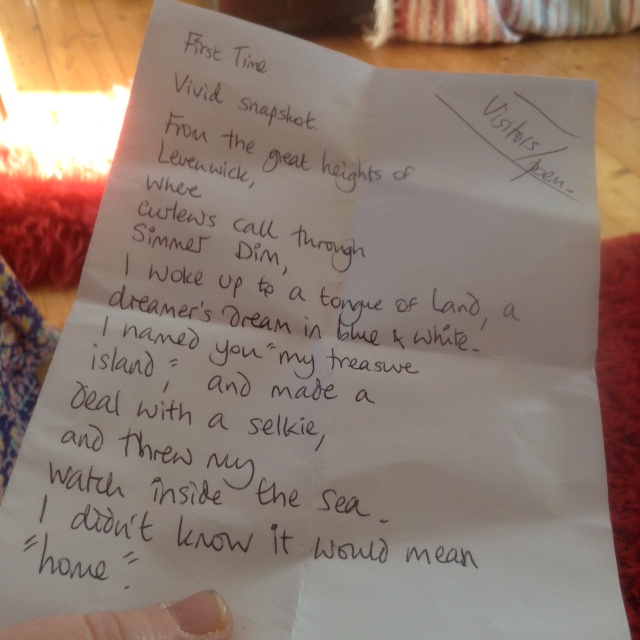 Tattooed in my heart forever.

It takes courage to speak out loud from the tip of an island.
Who are we to raise voices when all seems fine? Or is it? For years on end, people flee wars, in an attempt to save their lives. For months on end, the wheel of news feed us garbage—  by this, I insist on political spoon feeding on TV screens and newspapers… Where viewers and readers are bombarded with highly controlled news, (namely “intox”)
And then, it takes one image, one single shot of a toddler by the edge of the sea. The ball’s rolling.
For the second time, my pen responded to a world scale crisis. Call me an idealist (or a dreamer), but nobody wants to find themselves fleeing from war zones, or hanging between life and death at some railings by a frontier or a headland… Or a tunnel.
To this effect,
I was solicited to write and share verse, by friend & event coordinator, Wendy Sinclair, a month ago. The event, “Solidarity Through Music”, took place on Saturday 24 October 2015 in Lerwick, and gathered a palette of amazing local talent – including The Donald Anderson Band, Lisa Ward and The Dirty Lemons to name but a few – among which I, the only poet, was invited to perform.
Always daunting when in a crowd of musicians! Yet I rose to the challenge. …After all, performing among musicians, bands, is turning a kind of habit, since Open Mic Nights at Mareel Café feature mostly the sung voice. 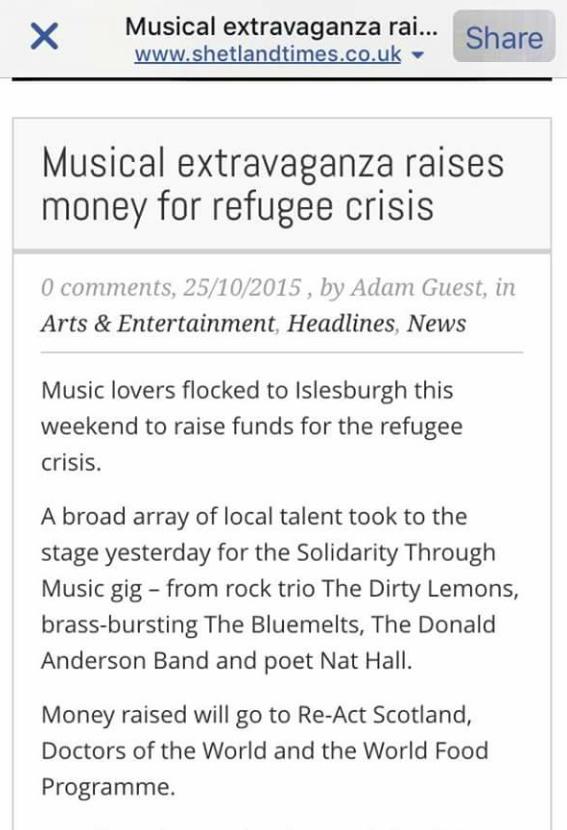 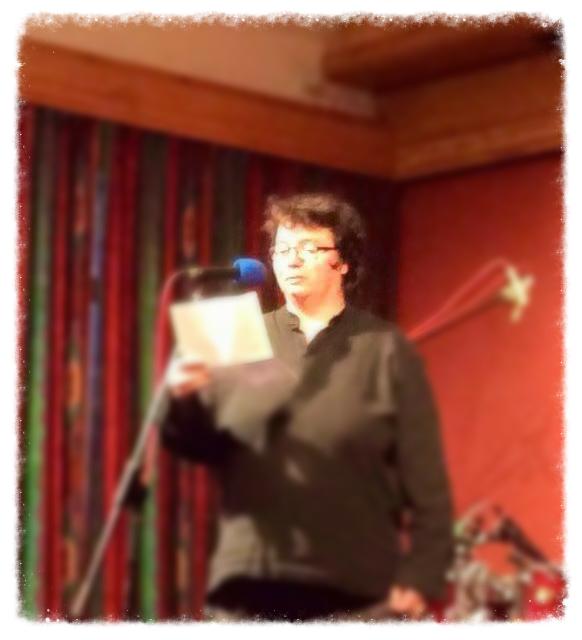 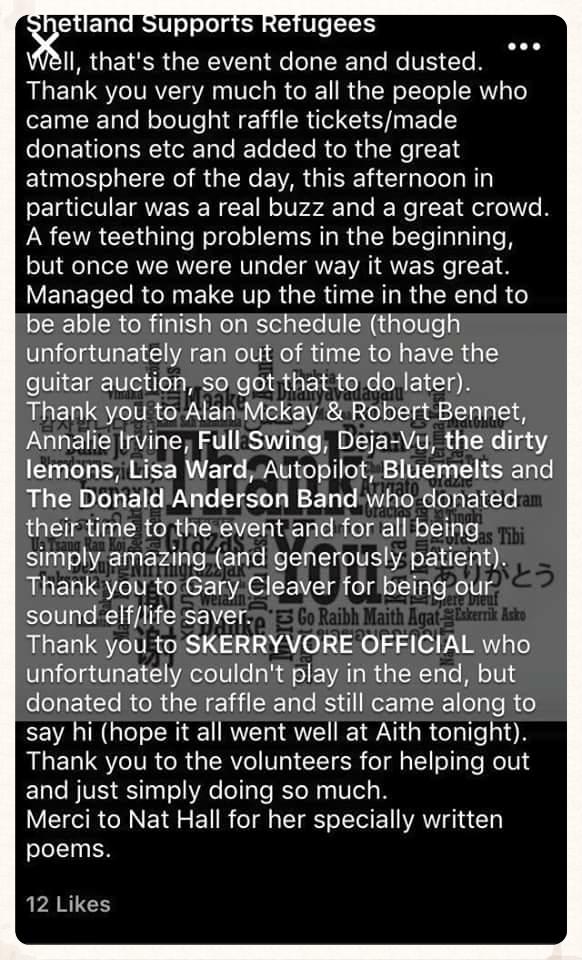 What an experience! The atmosphere was fantastic. The audience turned up in good numbers (by Shetland standards) through the eight-hour entertainment marathon, gave generously through applause and money. Today, I learnt that the event raised over £1000.00 in donations and raffle ticketing… It may not read very impressive, however, it adds to the continuous generosity of island folk when it comes to humanitarian crisis. Already, folk have donated in kind – shoes, clothing, tents, sleeping bags, etc. – earlier on in the year, in an effort to help the stranded  refugees by Calais.
Shetland Supporta Refugees is well active.

Here, my humble contribution to the effort, through two stand-alone pieces, The Rift and One World, One Tribe.
Am a humanist with a pen, and so happy to contribute to such event. With renewed thanks to Wendy for including my work among the day, as well as to Alan McKay for the introduction.

We may live on the fringe of a troubled continent, but we listen to world distress.

And now sample, immerse yourself into the audio form of The Nine Realms through its many voices and music.
Thank You for listening, and maybe, supporting the project.
It has felt a magical saga in the true sense. 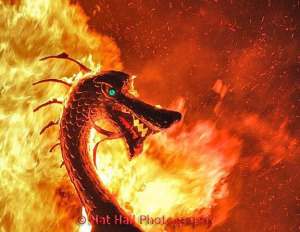 Not an occupational hazard, but a marvellous world, where we, poets, writers and artists, mingle and collaborate to bring alive our heritage.

This weekend, somewhere in Norfolk, at King’s Lynn Hanse House, a multi-disciplinary collaborative project – entitled The Nine Realms – is celebrating the Viking world. It is the fruit from a wonderful tree, curated and nurtured by Nicky Mortlock c/o ArtiPeeps. It has brought together a long boat load of writers and artists, as well as a boat (head) carver and Millfield School – younglings, who have been participating to the project in their own words.

Two links here, should you wish to acquire a copy of The Nine Realms’ Poetry Book, and or The Nine Realms’ School Book. Now, and if you are lucky enough to visit Norfolk – King’s Lynn this weekend and/or Norwich Library – where there will be poetry read by the poets present there on Monday – please do go along and leave your prints in the guest book! I, the poet based on my 60N latitude, am here in spirit.

“Vikings Ahoy!”, Nicky and all!

Have a marvellous time, everyone! 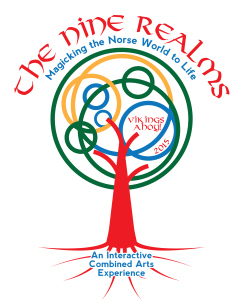 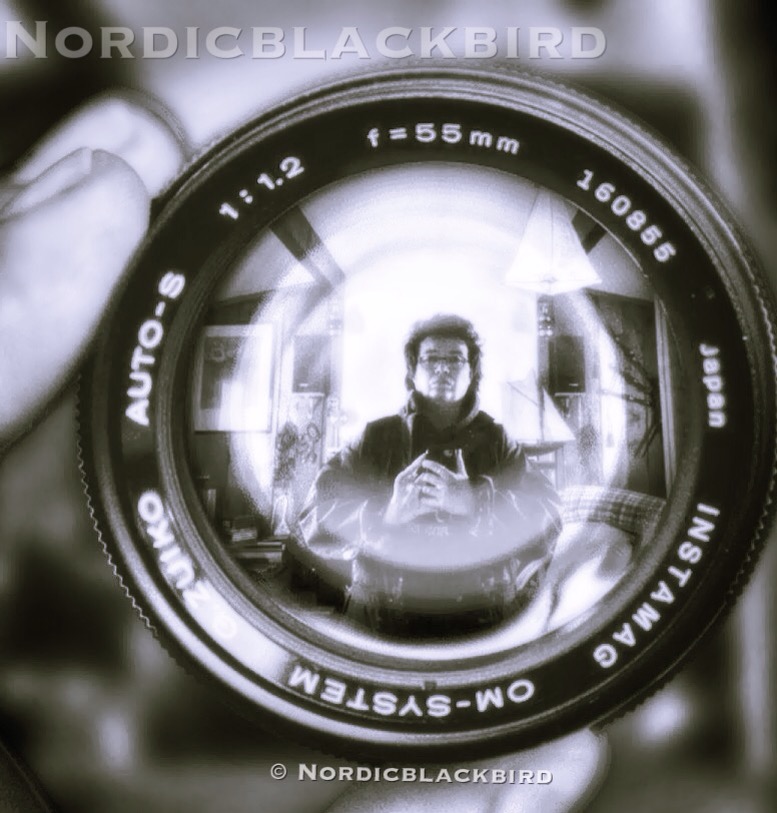 It takes a gang of lens’ lovers to assemble thoughts & pixels for a project sleek & visual. 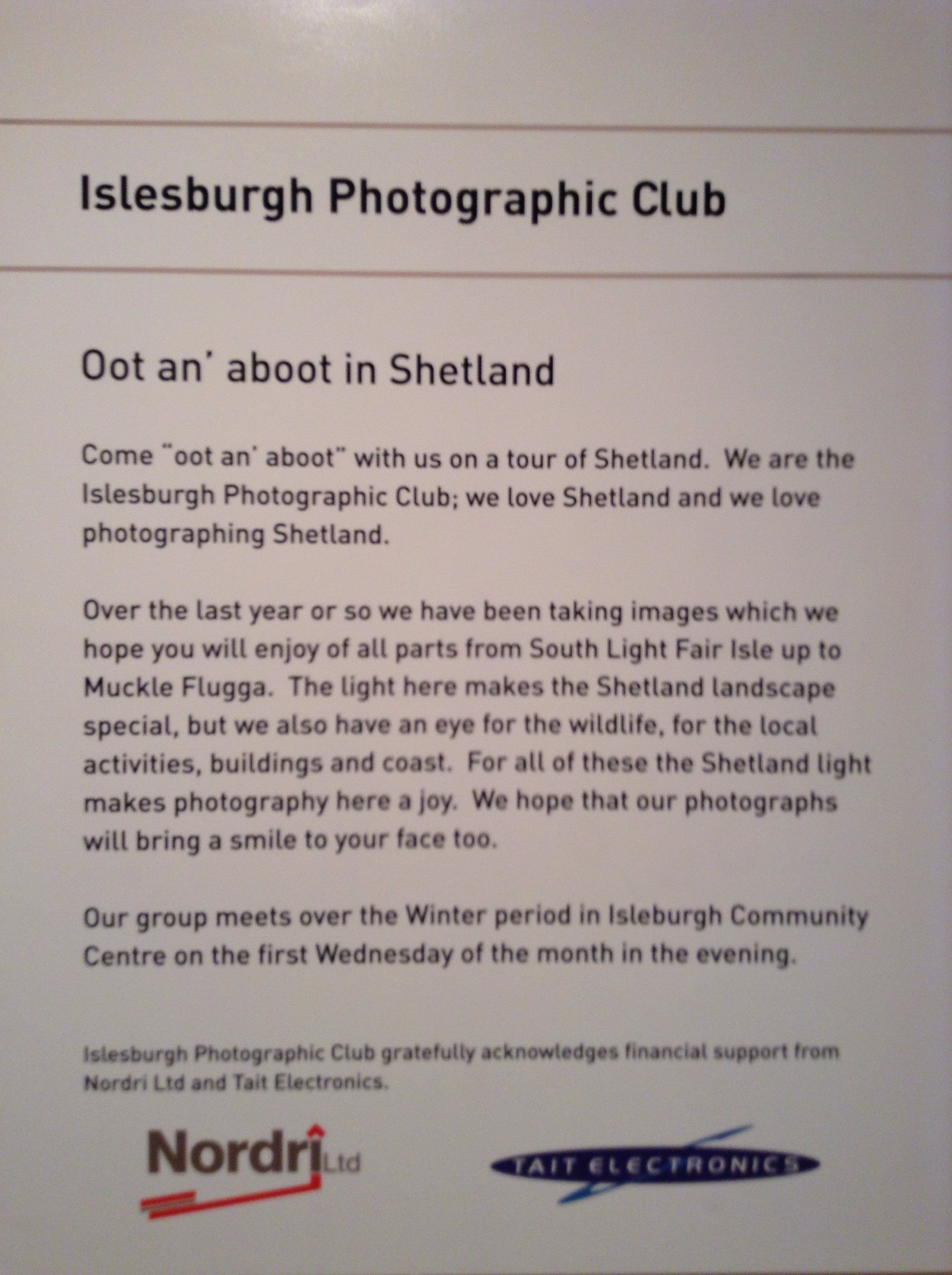 It takes time & dexterity to sit & select 80 images (out of a pack of 300) to grace the walls of Da Gadderie, Shetland’s SMA&A’s non-permanent exhibition space for a good part of a summer. 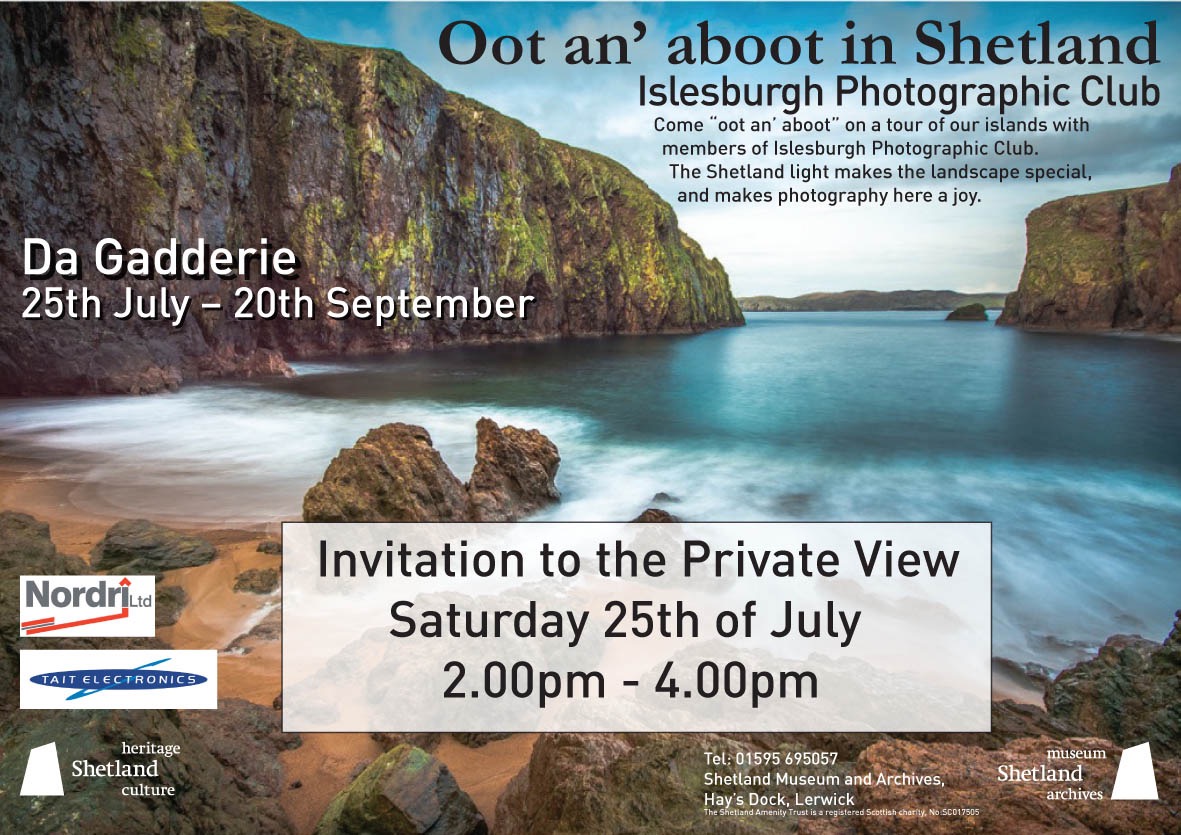 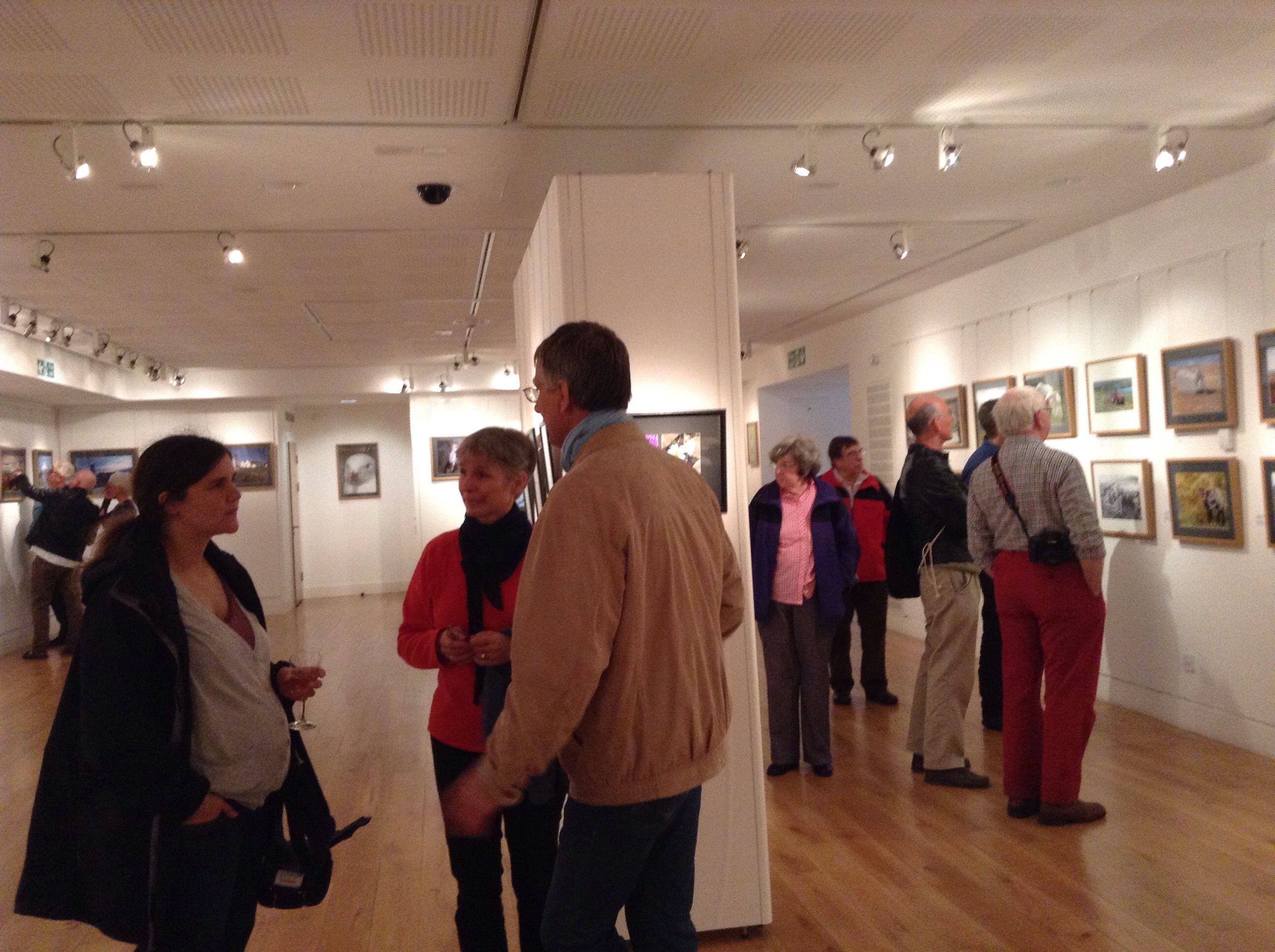 It was a pleasure to see you. There is still time to come and see how we present our shared home world – how we look at all its treasures, and thank you all for your visit, wherever you began your journey. 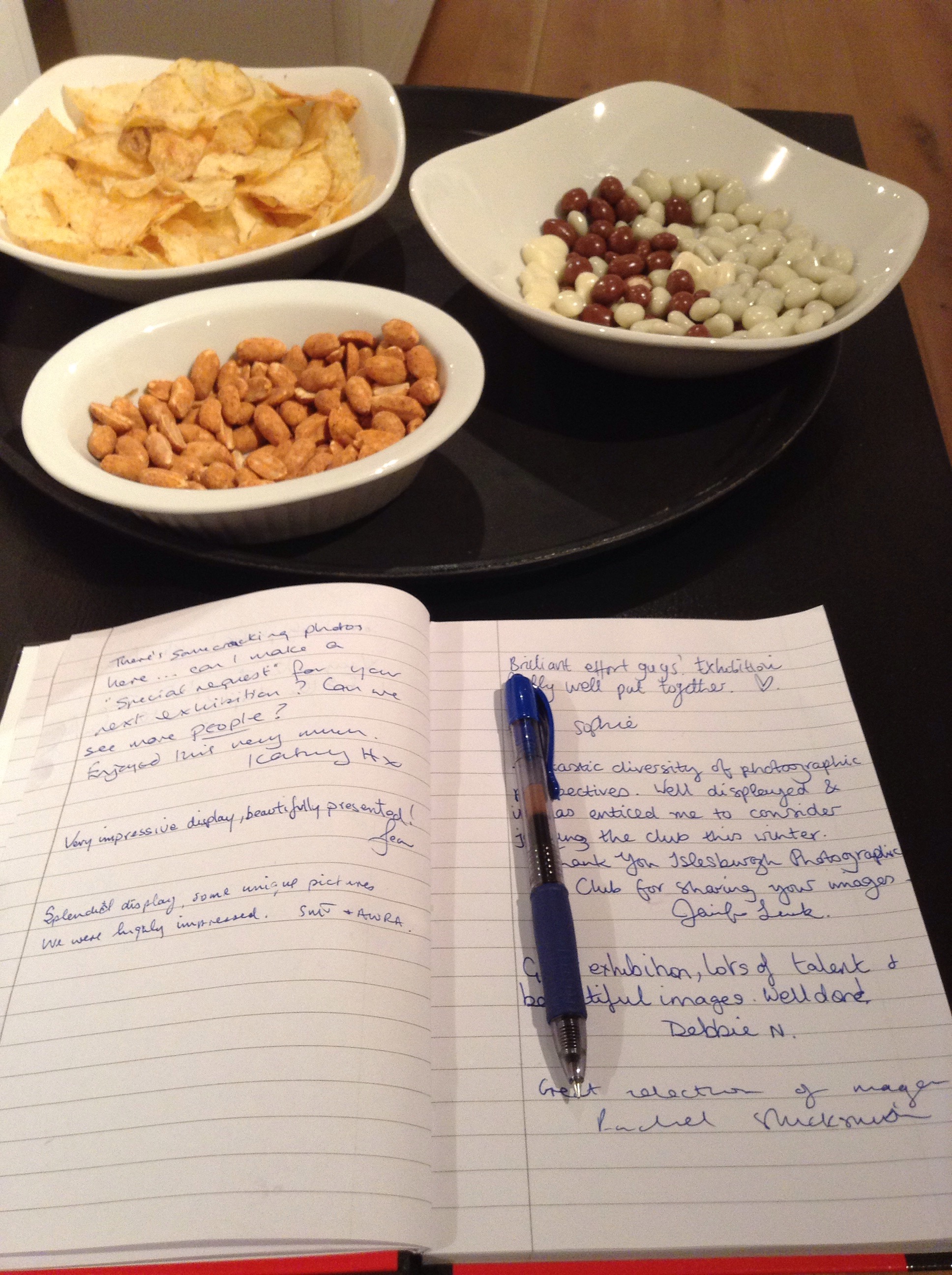 In between now and September, so many rivets to add to the boat, and each one weighs its gold.

Don’t miss it or the live carving of our craft via Vimeo boatmaster live – clinker builder in his workshop.

Thank you for visiting, and many more thanks for your support. 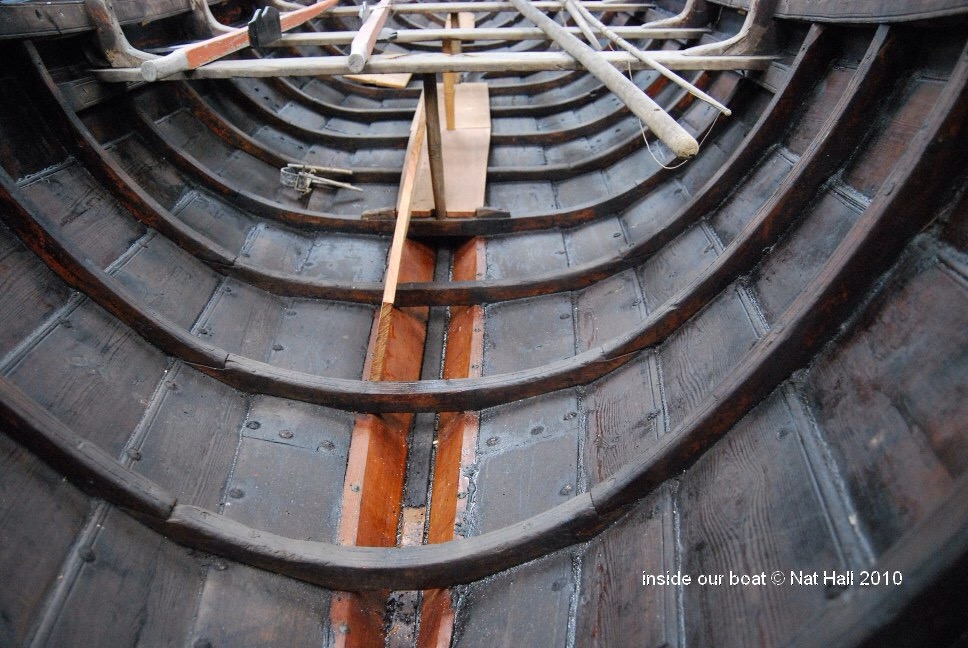 Discover the world of birds at BirdNation!

Favour the hand which pens the verses - within it's span are universes!

the texture of my life

Life through the eyes of a female with Aspergers

Poems, and Wee Bundles of Words by Jim C. Mackintosh

About fantastical places and other stuff